Adi brings a wealth of football knowledge to Subiaco AFC, with over 25 years’ experience in such diverse roles as: coach, psychologist and football analyst. Adi holds a degree in sports psychology, a UEFA Pro-Diploma coaching licence and UEFA Instructors Licence. He has worked as a member of coaching staff at a number of professional clubs in Europe, as well as being the Nigerian Football Team attaché at the 2000 Sydney Olympic Games. Recently, Adi has been involved with the Bosnian national team, including international friendly wins against Switzerland and Luxembourg in March 2016. Prior to joining Subiaco he was the Technical Director and Head of Youth Development at Bayswater City Soccer Club.

Branko knows what it takes to compete at the highest level, having played professionally for 16 years. His career included three years at Serbian powerhouse Red Star Belgrade and this led to a move to the Chinese Super League with Beijing Guoan where he won the league’s Most Valuable Player and Golden Boot with 21 goals in 2005. Following his time in China, he returned to Europe to play in the German Bundesliga with FC Energie Cottbus before finishing his professional career at Perth Glory, where he played 33 matches. Branko holds a UEFA A coaching licence and prior to joining Subiaco he worked with the Glory as a youth coach in their Community Development Program. 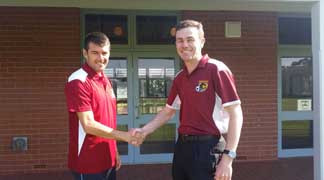 To secure two people of the calibre of Adi and Branko is a huge step forward for the Club. They share our passion for community and youth development, and recognise the potential in the Club and its members. Their appointments are testament to the hard work of the Club Management Committee and volunteers over a number of years to establish Subiaco AFC as one of the leading junior soccer clubs in Western Australia.

These key appointments will enable the Club to further progress the structure and support networks necessary to create a coherent approach to football learning and development for our coaches and players. This positive approach to football will help the Club attract and retain quality coaches, and enable them to effectively deliver training sessions that benefit all players.

Under guidance of Adi and Branko, we hope that all Subiaco AFC players will enjoy the opportunity to develop as footballers, and feel a genuine connection with the world game.